Seth at The Altered Page has organized his second year of Buried Treasure. The premise is simple. On Thursday July 15 all participating bloggers will re-post one (or more) of their favorite posts that ever appeared on their blog.  Honestly, my most favorite posts are generally ones where I ramble about some life lesson and they are usually light on photography or art of any kind.  Instead of going back to those, I decided to re-post a few of my favorite Art Journal pages, so here they are: 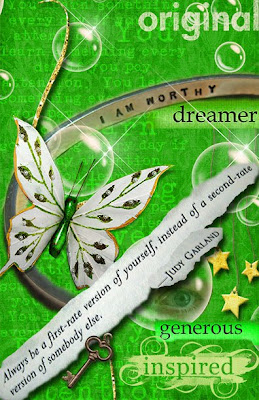 From April 20, 2010. Elements are from various kits, but this is where I began experimenting with creating my own elements from photographs I had taken. 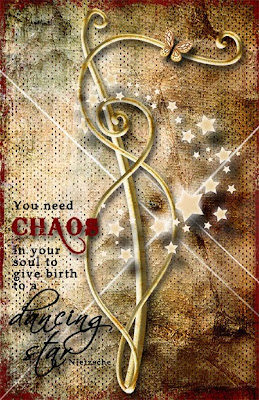 From March 17, 2010. I was really inspired by the "Golden Moments" kit from Alana at ScrapbookGraphics.com. 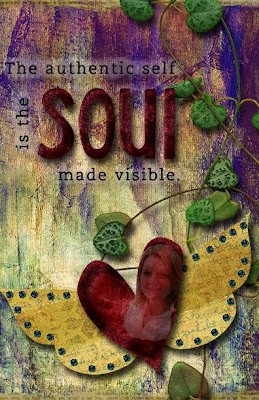 From March 12, 2010. A line from Sarah Ban Breathnach's "Simple Abundance" (which I am reading day by day) which really struck me. Most of the elements from Tangie Baxter (ScrapbookGraphics.com) 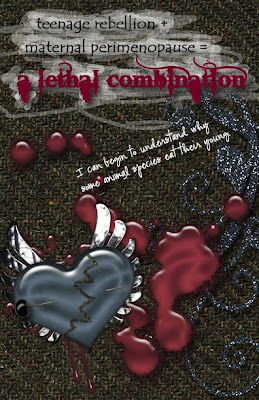 from February 12, 2010. Commemorating a less than stellar day with my teens. They survived the day unscathed. Not sure I did. Most of the elements from Flergs "Into The Twilight" kit at ScrapbookGraphics.com.

I have only been Art Journaling since January of this year (currently all digital) and I am still learning, but what a range of emotions I've been able to express!
Posted by Cheri at 2:00 AM

What an interesting idea :-) Great to revisit some of your work! xx

What a surprise to see art journal pages pop up at The buried treasure!!! My buried post has a connection... I art journaled about how I would love to teach art journal workshops (and now I do) I LOVE your pages, great work!

Mary Green of Green Paper turned me on to the Journal process, but it seems I have little time to participate. Your chosen post is great!

Some very cool, beautiful and moving pieces that you chose to re-share.
Happy Treasure Hunting !

These are great journal pages Cheri. Love the colour of the first one - so vibrant. I admire your skill with digital pages too. I'm currently trying out the Gimp photo manipulation software and am pulling my hair out ;o)

Your pages are lovely. Thanks so much for dropping by my blog. You wouldn't believe how many cats have blogs!

Cool stuff, Cheri... so glad to revisit them!!

I really enjoyed visiting and seeing these lovely works of great digital art. I have yet to create anything digital. Seems like there is no time, but I sure enjoyed seeing all these pieces you have made. Thanks so much for sharing them.

Isn't it great that the digital world can open up so many means of self expression?

isn't wonderful what you get to express emotionally throuh jurnaling? will you do any non-digital journaling?

like you my fave posts are the written expressive ponderings. lol
Monica

Wonderful creations- with a combo of photography and journaling. Will try this technique. have lots of thoughts already. Thanks for this super share!

surviving teens and maternal menopause... hmmm, we have so much in common! (along with millions:) it does make for some interesting art though doesn't it - if you can find the time!
looking forward to having a look at the rest of your blog:)