A Year Of Kindness - Challenge Week 52 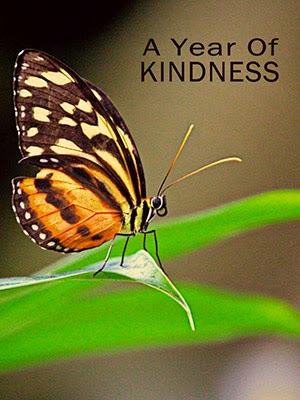 We made it! One full year of weekly kindness challenges. Thank you all for playing along with me. I hope that while I was busy raising my own awareness of opportunities to be kind, I helped to raise yours as well.

In this final week, my challenge to you is to
SET AN INTENTION TO CONTINUE YOUR KINDNESS PRACTICE.

Whether in the form of a New Year's resolution, a part of a One Little Word practice, or simply as a concept that you are fully embracing, I hope you will continue to spread ripples of kindness throughout the world! :)
Posted by Cheri at 6:00 AM 5 comments:

A Year Of Kindness - Challenge Week 51

Throughout the year, I have tried to highlight acts of kindness that cost you little or nothing other than a few minutes of your time. This week is my big exception to that rule.

In line with the Christmas spirit of giving, the challenge for Week 51 is  DONATE TO YOUR FAVORITE CHARITY.
Posted by Cheri at 2:27 PM 3 comments:

I haven't been playing along. Time and I haven't quite made a truce yet. But today I felt the pull, the urge, the calling... to come out to play... to wax nostalgic... to join in...

At Christmas We... used to go to Elmira every year. The girls would have Christmas at Grandma's house.  They would all dress up in matching Christmas outfits and see Santa (a.k.a. Uncle Frankie... who, by the way, still plays Santa to this day). 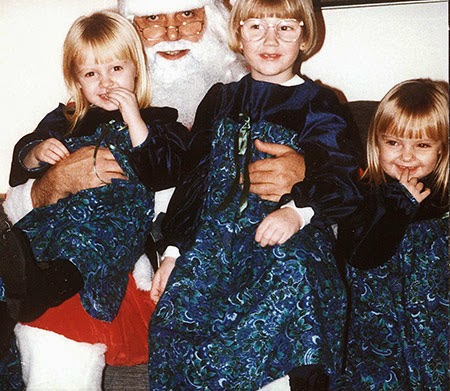 At Christmas We... used to put up the Christmas Tree in the basement. And the girls used to hang all the ornaments. My job was simply opening them up and passing them out. 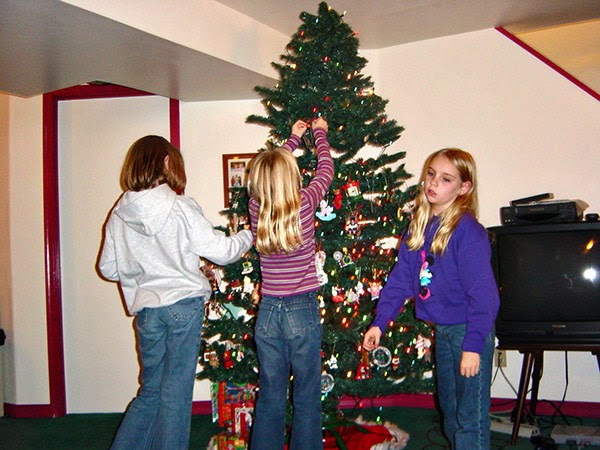 Now the Christmas tree is put up in the family room. Same Christmas tree though! Now I hang all the ornaments. They aren't interested any more.  They want it done. They just don't want to do it.


At Christmas They.... used to love each other... pretty much unconditionally. 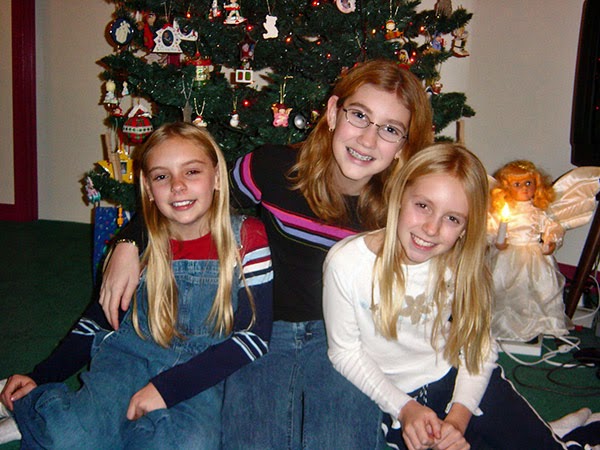 Now, one of them is choosing not to speak to another one of them. Perceived hurts and injustices combined with a little unwillingness to forgive makes for a bit of tension in the air.

At Christmas We... used to hang the stockings along the bannister. 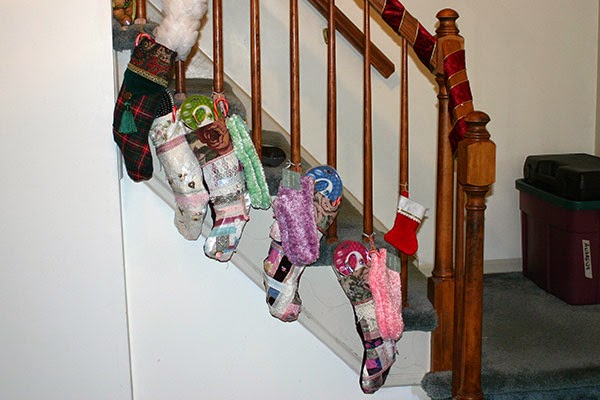 Now we hang them above the fireplace. Same stockings though!

At Christmas They... used to wake up ridiculously early and wait at the top of the stairs for the all clear to come down. 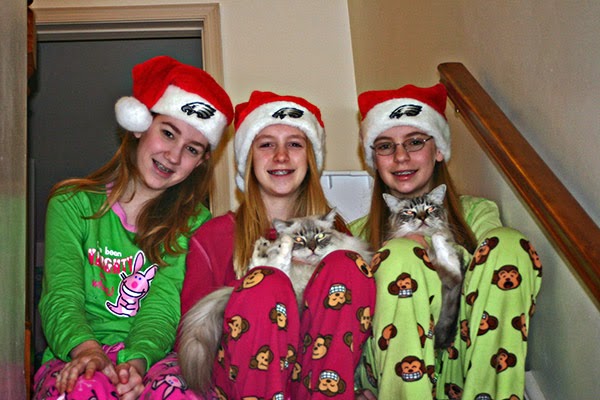 Now they wake up later and aren't in any rush to see what Santa brought.

At Christmas She... used to get excited about simple little things like slipper socks... At Christmas We... gather in the family room, around the tree, and open stockings first... then presents. We eat a turkey dinner, watch the parade on television, and eventually go out to see a first run movie. Some things have changed over the years.  Some things have stayed the same.  I haven't caught a decent Christmas photo of my girls in years... hopefully this will be the year to remedy that. 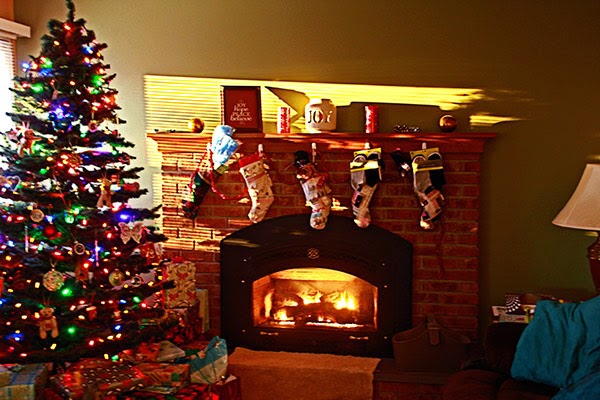 Wishing you all a very Merry Christmas. Enjoy your family, enjoy your traditions... whatever they are!
Posted by Cheri at 9:24 AM 11 comments:

A Year Of Kindness - Challenge Week 50

Is your holiday shopping done, or do you still have a few last minute items on your list?  As I'm typing this, I know I have at least one more run to make. And while I'm out, I'll be looking for an opportunity to fulfill this challenge for week 50:

Whether you hold a door, carry bags to a car, let someone with only an item or two ahead of you in line, give directions to an area of the store, share coupons or information about sales for a product someone is looking at... just make someone else's shopping day a little brighter!
Posted by Cheri at 6:00 AM 5 comments:

A Year of Kindness - Challenge Week 49

This week's challenge is short and sweet - VOLUNTEER YOUR TIME AND TALENTS.

There are unlimited opportunities for you to make use of your time and talents in service of others.

You could volunteer at the local library shelving books, at a food bank, or at the hospital as a greeter.
You could knit or quilt blankets for newborn preemies or sew pillowcases for children in the hospital.
You could help build homes.

Whatever you choose to do, you'll know that you are helping others and I promise... you will feel so good about it!
Posted by Cheri at 6:00 AM 4 comments:

This is the last installment of the Life Tunes meme.  The suggested theme is your favorite Christmas or Holiday song.  Your own favorite may be anywhere in the range from Christmas hymns like "Silent Night" or "Away in a Manger" to secular pop titles like "Grandma Got Run Over By A Reindeer" or "Frosty The Snowman".  There are so many choices!

Here is my layout: 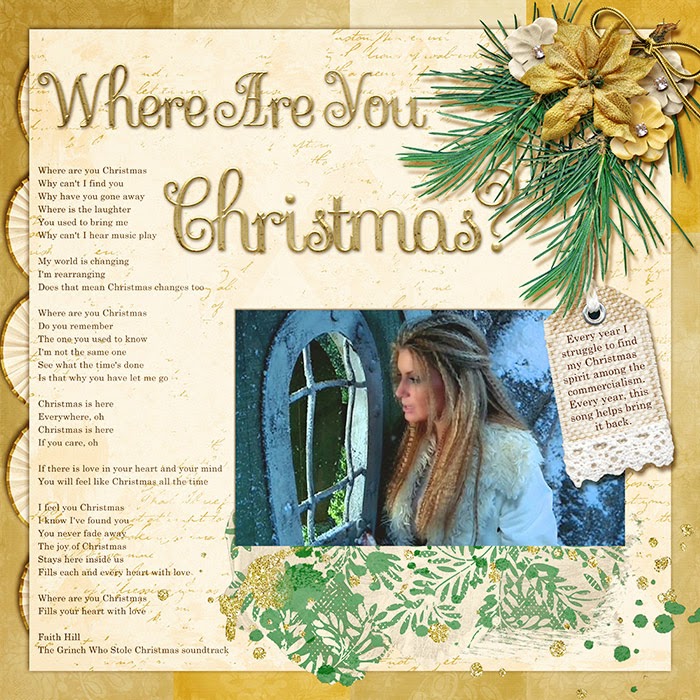 Now it's YOUR turn to share your favorite Christmas/Holiday tune!  Choose a song that speaks to you, has a special meaning in your family, or just gives you the warm fuzzies during this season. You can create a layout, write a blog post, or share a link to a YouTube video. The linky will remain open until the end of the month, so you have plenty of time to join in!
Posted by Cheri at 3:00 AM 4 comments:

Can you believe it is December already?  I lost most of November to back pain and kidney stone issues. I'm grateful that I was well enough to be home and to celebrate Thanksgiving with my family. But I'm quite happy to bid adieu to November. Looking forward to a much kinder and gentler December!

And of course for most of us December means colder temperatures and Christmas. So the challenge for this week is to DONATE CLOTHING.

Especially coats, hats, mittens, etc. Do a quick purge of your wardrobe and coat closet. Pull out anything that no longer fits, no longer suits, or is no longer needed. This is the time of year when the less fortunate really need these items. And there are so many places that will take your gently-worn pre-owned clothing off your hands! Some will even pick up. Just Google "Where can I donate clothes" and see for yourself.
Posted by Cheri at 11:25 AM 6 comments: