I'm participating in Rinda's 2013 Summertime Photography Scavenger Hunt.  At the end of August,  she hosted a link-up so if you want to see what others have been posting in response to the prompts, you can head over there!  Of course, I've been crazy busy with getting my girls off to college and work and basement remodel and travel.... so I'm really late to the Party.  In fact, I'm pretty sure everyone else has already left! But here I am anyway.  Coming to you from Dallas, Texas where I'm visiting with my mother.

Some of the last photos I took before leaving for Dallas were iPhone photos - just grabbing a few pictures that I'd been meaning to take for awhile: 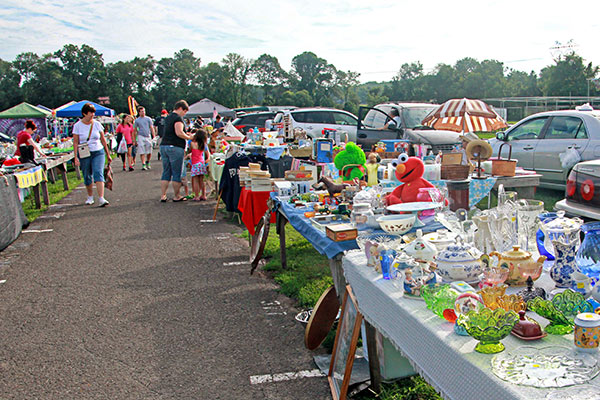 #1 - An Open Air Market.  This is Rice's Market. Open Tuesdays and Saturdays year round. Most of the year this place is wall-to-wall vendors and people.  Traffic was light this particular day and the flea market end of things was kind of sparse. At the other end is all new merchandise - everything from socks and sunglasses to purses and perfume. 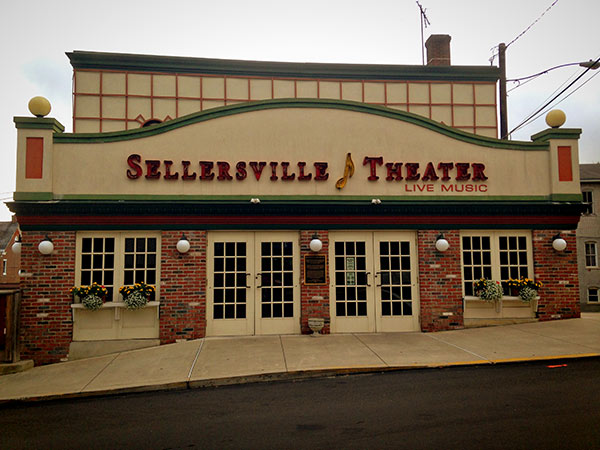 #2 - Theater for Performing Arts.  This theater actually used to be a movie theater.  Current owners converted it. The last time I was in there Sarah was in middle school and was in a theater summer camp, playing the part of Owl in a "Winnie The Pooh" production.  Yeah, it has been awhile. 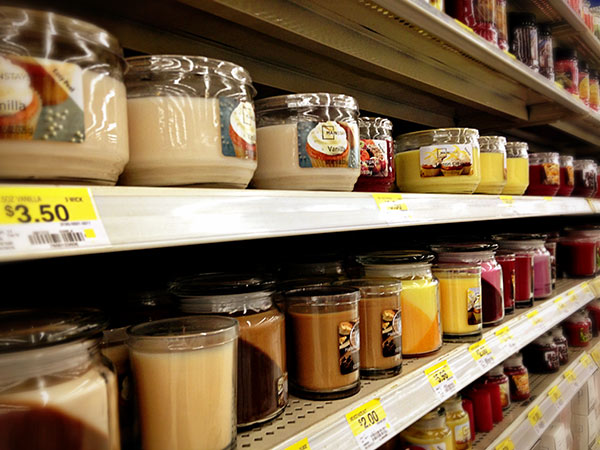 #17 - Candles. Courtesy of our local Walmart. 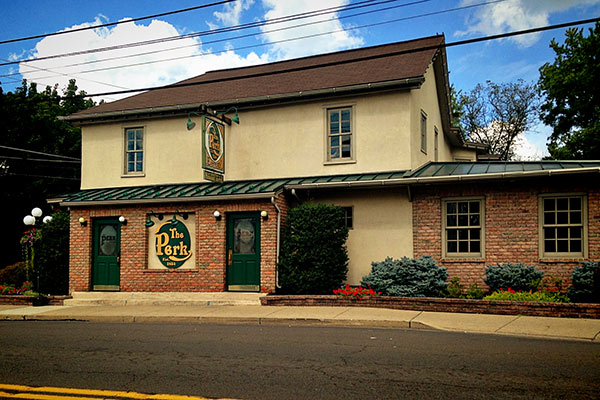 #18 - Your local pub/bar, coffee house or tea shop. This was the hardest for me. I haven't been in a bar since my 20's. Literally. I rarely drink alcohol. I never drink coffee or tea.  Ultimately I chose The Perk. This establishment is right in my home town. Built in the 1850's and originally known as The South Perkasie Hotel it was a popular stopover for Lehigh Valley merchants and farmers enroute to Philadelphia.  Today it is a restaurant that just happens to have an attached bar - the only bar in Perkasie that I'm aware of!  It's been awhile since I've eaten there - right before my 50th birthday getaway was my last time, although my girls still go there with friends frequently.

And since I've been in Dallas, with a real camera in hand, I've added: 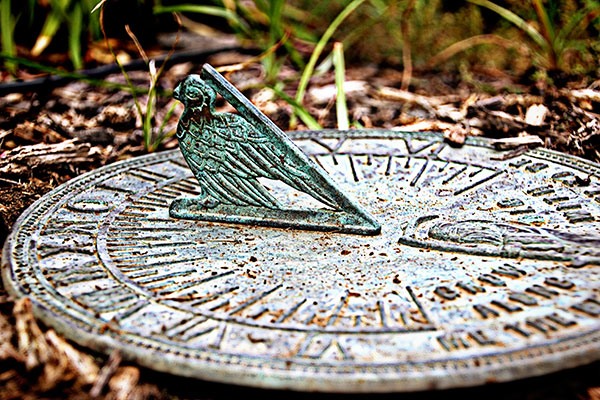 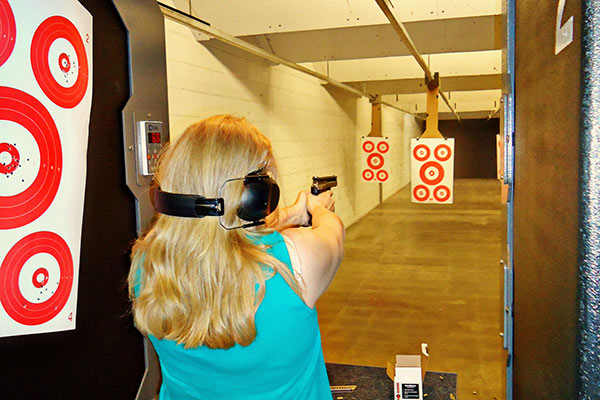 #9 Someone that is clearly out of place or doesn't belong - that would be me - at a shooting range - with a 22 Beretta in my hand.  Cross "shot a gun" off my "I Have Never" layout! 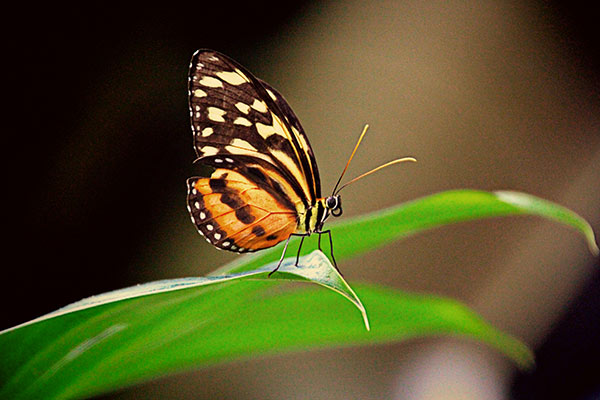 #11 Animal in zoo, aquarium, nature preserve, etc.   I have butterfly photos!  Taken at the Texas Discovery Museum Butterfly House.  This one is a Tiger Longwing, native to Central and South America 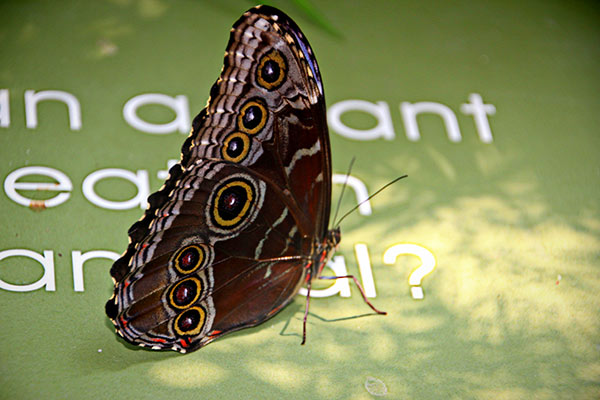 This one is a Blue Morpho, also native to Central & South America. The eyes on the under wings are to ward off predators.  See that tiny little sliver of blue up at the top (on the top side of the wing)?... 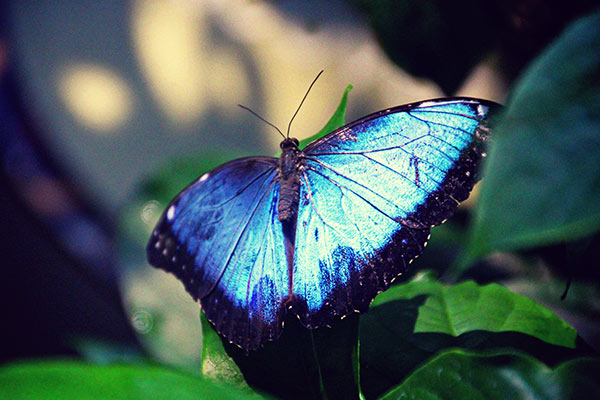 This is what it looks like with the wings open.  The blue is actually iridescent and so pretty! 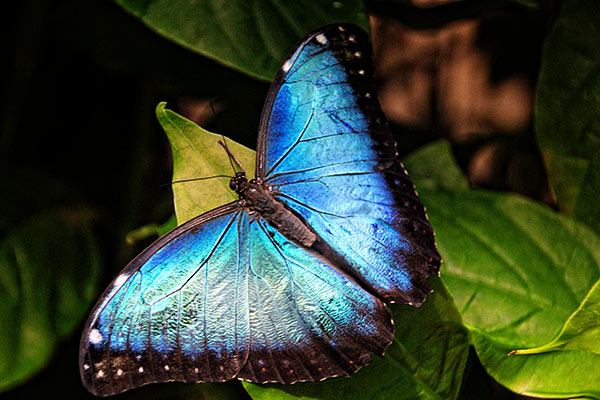 And I can't decide which of these butterfly photos I like best. Despite how gorgeous the Blue Morpho is, I'm really drawn to the photo of the Tiger Longwing. Which of these photos is the stand out for you?
Posted by Cheri at 7:53 PM

Though they are all wonderful, the Tiger Longwing is truly an exceptional photograph. The focus is perfect, and the colors are stunning!

Oh, and the one for something that doesn't belong is a hoot! That's something I've never done either!

Beautiful shots, Cheri!!! I love the sundial - and the butterflies. I would love to visit a flea market like the one in your first photo.
Your post also reminded me to take the last few photos for the scavenger hunt before Rinda wraps it up!

Hmm - one of the odd things about me is I do know how to shoot although I've not done it this decade ;)

I think that first Tiger Longwing shot is just a stunning photo - brilliant focus and lighting.

It's okay, you haven't missed me! I've been busy with pretty much all the same things you have and I'm not finished up with my hunt yet either. Maybe at the weekend. Those butterflies are beautiful

Love the butterfly shots! And I was surprised to see you at a shooting range so I think your "something out of place" is perfect! ;o)

Tiger Longwing for me but I do love your sundial photo

Love the butterflies....though your market is somewhere I'd like to be.
Thanks for pointing out my date mistake!!

Great photos for the hunt! That open air market looks like one we would enjoy for sure & I think it's time I plan a trip to the Dallas Discovery Gardens myself.

Oh those butterflies are lovely! I am late catching up too. You actually fired a shot? Wow!

Beautiful photos - I love the butterflies - the iridescent blue on the Tiger Longwing is stunning. I haven't quite managed all the items on the Scavenger Hunt list this year.

I'm even later getting round!
I love the photo of you at the gun range. . . I actually have a small desire to try that myself someday.
And the sun dial is great as well.
My favorite butterfly photo is the last one. . . it just glows.
Don't forget to stop by this weekend for the final Scavenger Hunt check-in and link-up.. . and don't be late (LOL!)
Rinda