Just A Quote For Friday

Okay, so not JUST a quote - I wanted to share a little recent play time:

This is my "before" photo - pretty much straight out of camera except for sharpening.  I've been buying cheap grocery store flowers just to have something pretty and "Spring" like to look at. 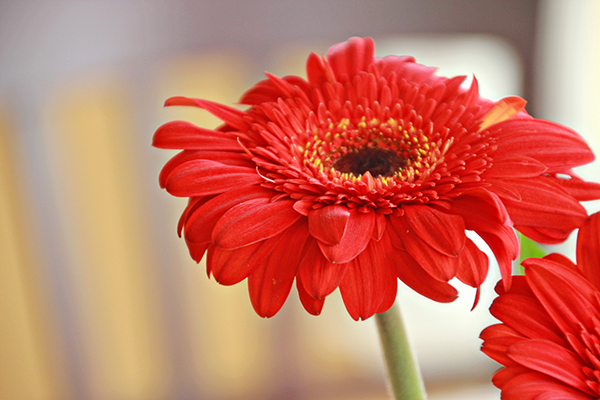 Here is the "after" photo: 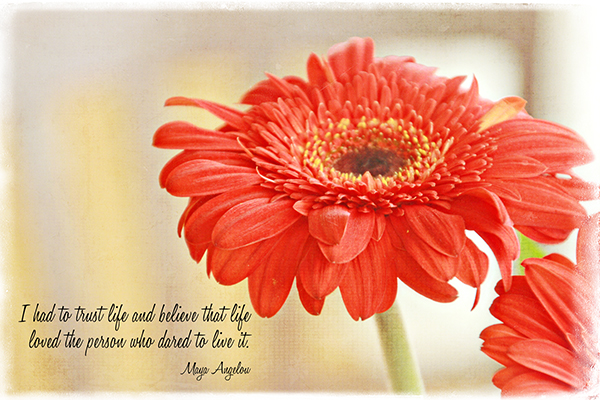 I used Kim Klassen's Downton Abbey texture on soft light at 50% to give the whole thing a soft washed out look. Then I added Alexa's honey grunge texture on overlay at 50% to add some warmth and texture. Finally topped it off with Kim Klassen's Magic Edges texture on screen at 100% to blur out the edges of the photo.

I know I could have just added that quote directly to the original photo and it would have been just as pretty. But sometimes a girl just has to play, ya know?
Posted by Cheri at 7:00 AM

Who would have thought that a few clever tweaks could make such a difference? Lovely!

Love what you did to the photo! It really makes the flower stand out more, even though the colors are softer.

What a great quote, and i especially like how it softened the background stripes and made the yellow "pop."
Rinda

Love what you did here, Cheri!
Alison xx

Fun! I haven't played around with textures in a long while, although I always download Kim's free ones.

Ohhhh pretty - yep a girl just has to play sometimes :)

Hi Cheri ~ I have so much catching up to do, but I wanted to pop over and say hello. I love your photo and especially love the after version with your beautiful enhancements. Awesome that you used a Maya Angelo quote as she just celebrated her 85th birthday. :o)