Jay and I started watching the show "Knightfall" last night. It's an historical fiction drama on the History Channel set in the early 14th century involving the Knights Templar.

In the first or second episode, there is a scene set in Paris where a "Christian" is on a soapbox railing about the "Jews."  A man, allegedly a Jew, approaches and stabs him in the back.  The Christians want revenge.  The King of France expels the Jewish people from Paris.

As Jay & I were watching, I was struck heavily by the awareness that human beings have been persecuting each other practically since the day we arrived on earth.  And from this scene in the show over 700 years have passed and apparently as a species we have learned NOTHING.  Hate crimes are still rampant.  We are the only species (that I'm aware of) on the planet that kills for sport rather than necessity.  We are the only species driven by fear and hatred of what we don't know, don't understand, or what is different than us.

It is truly disheartening to think that after all this time, we have evolved SO LITTLE.  We haven't (as a species) yet reached a place where we accept and celebrate each others' differences.  Where we live and let live.  Where we seek to understand, rather than fear. Where we are inclusive rather than exclusive.  Where we understand that "we" aren't superior or better - and "they" aren't inferior or less than - based solely on skin color, religion, sexual orientation, political leaning, or any other category that divides "us" and "them."  The current political climate does nothing to help the situation either.

It just made me sad.  And angry.  And I'm just sharing the feels tonight.  And thinking that tomorrow when I am out and about I'm going to make an extra effort to be kind and helpful and spread a little love.  Care to join me?
Posted by Cheri at 6:44 PM 4 comments: 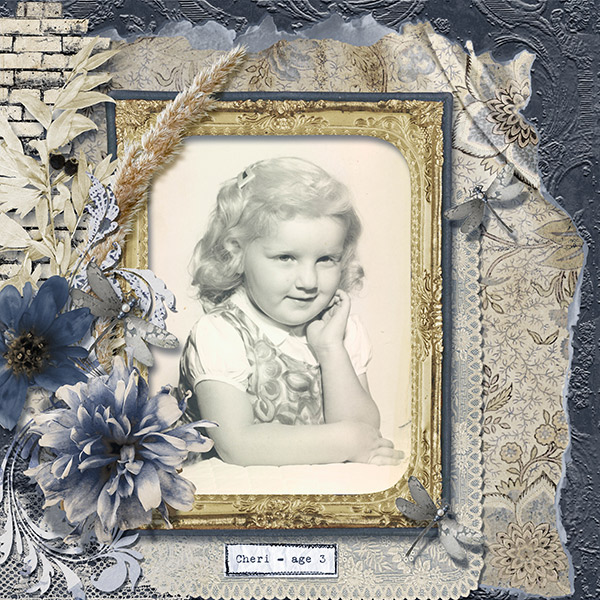 Manu Design Studio's Blue Velvet kit needed to take the center stage.  Paired with a very old photo of me at (I think) 3 years old.  From the time I spent living with my Aunt Bev.  The curls are NOT natural. But the blonde totally is! 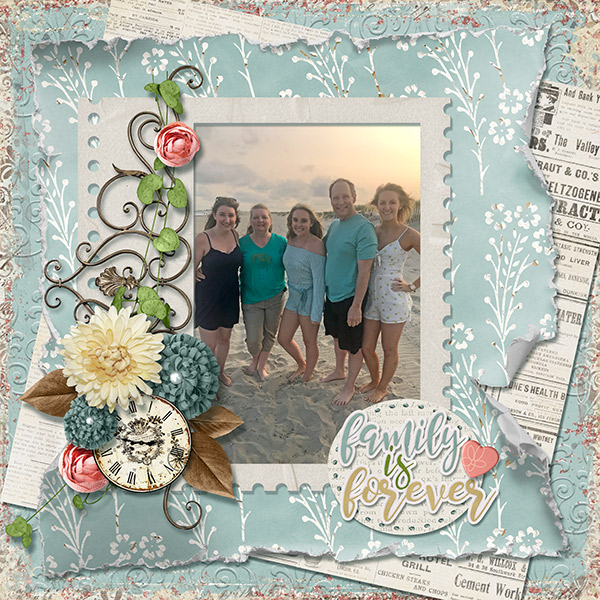 From Tami Miller Designs - a collab kit with Aimee Harrison called Family is Forever.  A photo of my family at Ocean City NJ in August. 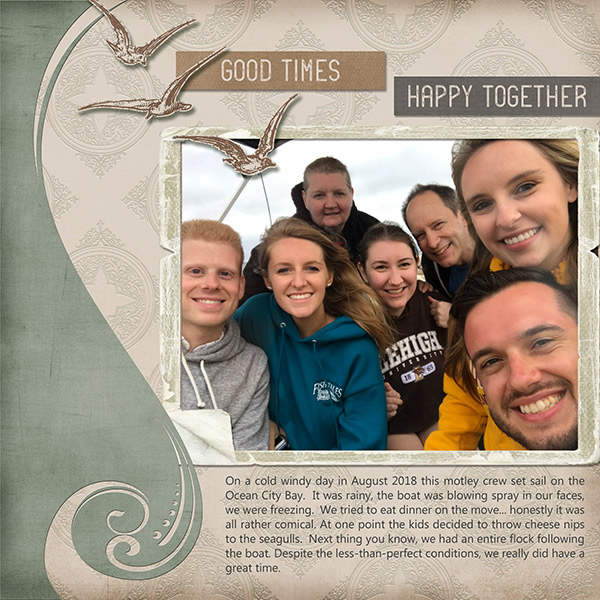 Also from Tami Miller Designs, the Grateful Hearts collection.  This was also taken at the shore, but includes our +2 boys, Andrew and Kyle, who are quickly becoming part of the family.

And yes, this is the extent of my creativity lately.  I haven't had the time or inclination to log into Lifebook in the last three months.  Hoping to get past that soon as I'm already signed up for Lifebook 2019 and I'm missing my paints and getting messy.  But these pages are making me happy too!
How's your creative life these days???
Posted by Cheri at 6:36 PM 4 comments: